North Africa which includes the valley of the Nile River or what is called Al-Misri (Modern Egypt) the region of Libya, Cirenacia, Tripolitami and Tunisia, whose entire territory is known to Arabs as the African region and the region of Al-Jazair and Morocco as Al-Magribi (where the sun has set). Prior to the arrival of Islam, North Africa was in the hands of the Romans, a very large linperium that included several countries and various human races. In this paper, we will discuss the timeline of Islamic history, starting from the entry of Islam into North Africa. Then continued with Andaxia and South Africa. And three Nusantara scholars including: Sheikh Yusuf Almakassari, a great scholar who is considered by South Africans as the father of South African Islam. Even a prominent figure in South Africa, former President Nalson Mandela, said that Sheikh Yusuf was one of the best sons of South Africa. Besides him there were also others such as Tuan Guru Iman Abdullah bin Qodi Abdussalam who was exiled by the Dutch for Tidore and Abdul Basi Sultonia who came from the sultanate of Gowa. 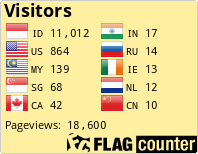